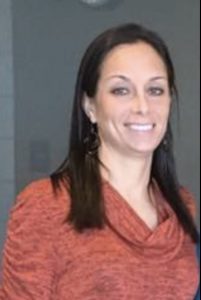 I am currently the new head softball coach at Pelham Park Middle School and Physical Education teacher.  I will be entering my 12th year of teaching and my 13th year of coaching. I was previously the head softball coach at Carroll High School in Ozark, Alabama in 2018-2019.  Prior to then I spent 9 years as the head softball coach at Leeds High School having 9 regional tournament appearances along with 4 state tournament appearances. I also taught Physical Education and Health all 9 years while assisting in girl’s basketball and head volleyball coach one year.  I started my high school teaching and coaching career at Pelham High School from 2007-2008 where I taught PE and was an assistant coach in volleyball, girl’s basketball, and softball.

I attended Bethel University in Mckenzie, Tennessee where I played basketball and softball from 2001-2006.  I earned First Team All-Conference in softball from 2002-2006 and received my masters degree in education along with being a graduate assistant from 2006-2007.

I’m also a 2001 graduate of Pelham High School where I played four years of basketball and softball.

No Events This Week

Events are added by athletic staff.
View All Events