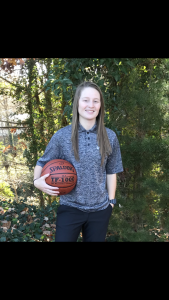 Coach Wright is very blessed to be apart of Pelham City Schools and athletics.